The Original Komet (I Mean Comet) 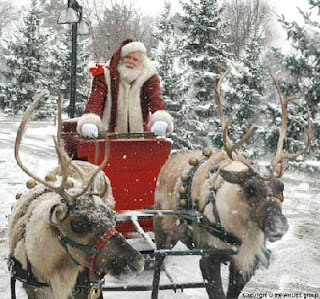 Apparently the original Komet was a reindeer who played 2nd fiddle to Rudolph. Actually his name was misspelled as "Comet".

Here's some history on the "original" Komet:

"Comet was named after the Comet Blorouis which appeared in the sky many years ago. The comet was so bright that it lit up the North Pole at night.

Comet’s teacher in Reindeer School says he is the brightest student she has ever taught. He gets straight A’s in every subject. He will become the first reindeer to make the Honor Roll.

He has made his parents and Santa so proud this year. When he grows up he wants to be a teacher so he can pass on all of his knowledge."

The Kawartha Komets are DIFFERENT. No player plays 2nd fiddle to anyone else. Everyone gets an equal opportunity to enjoy the game of hockey and improve his or her skills. We are an "equal opportunity" organization.

Posted by Kawartha Komets at 12:57 PM