This was the 3rd season that we've enjoyed playing Chris Moher's team and it was an entertaining event as always. Both teams lined up at their blue lines for the national anthem and then Bob Sinclair dropped the puck.

I'm going to state that the game ended in a 5-5 tie but...if the Ice Kats had turned on their jets...it would have been another story.  I'll just say that the Ice Kats are an amazing group of girls (or young women) with superb hockey skills.  So exciting to watch!

As always though...the Komets were BLAZING! 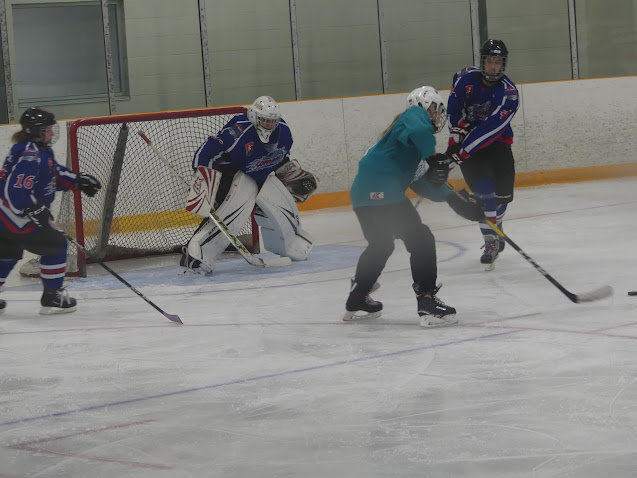 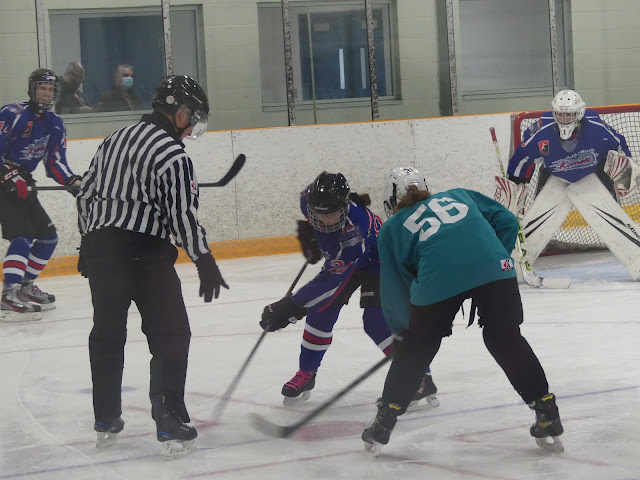 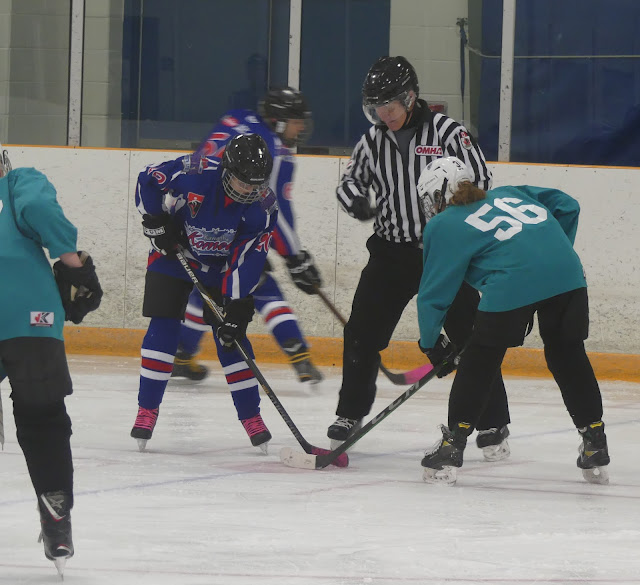 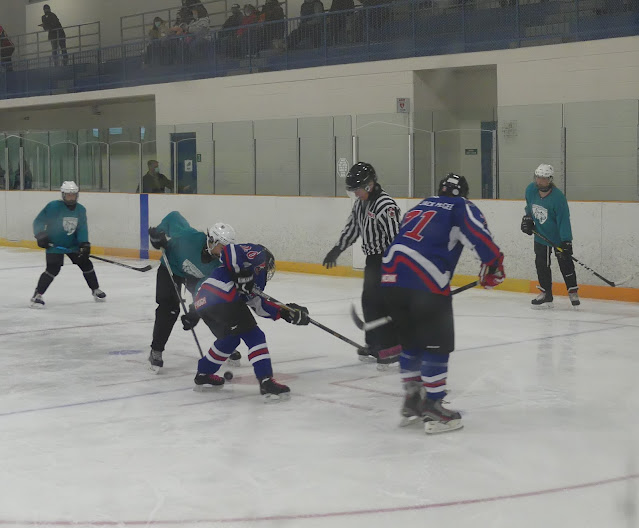 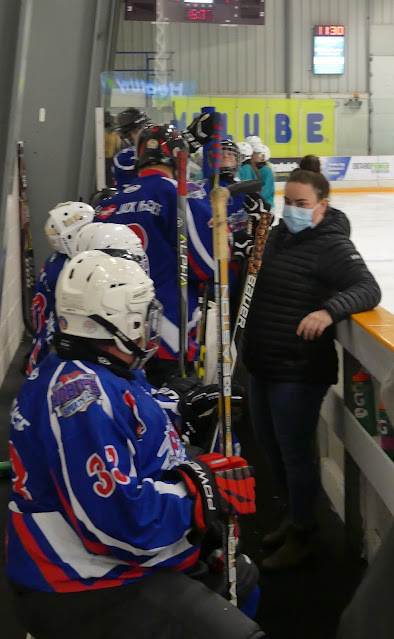 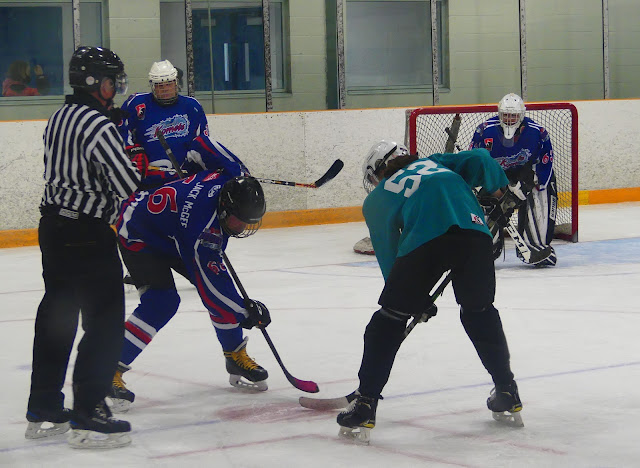 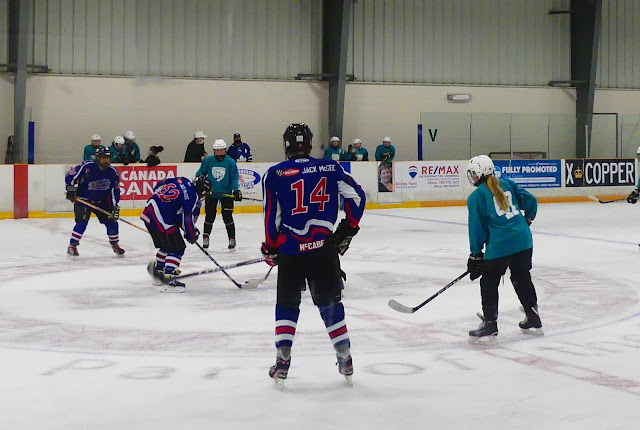 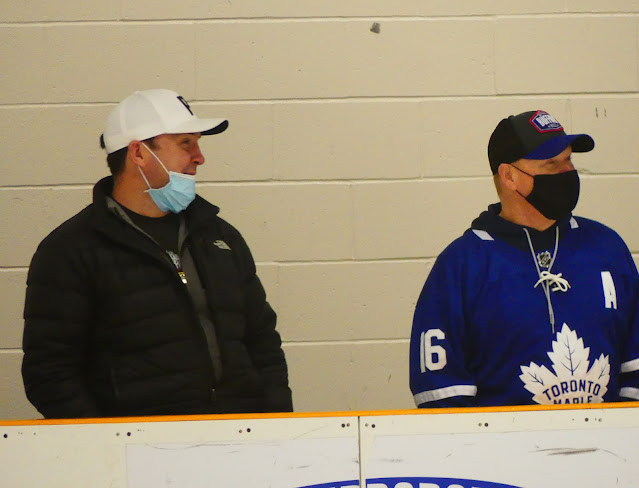 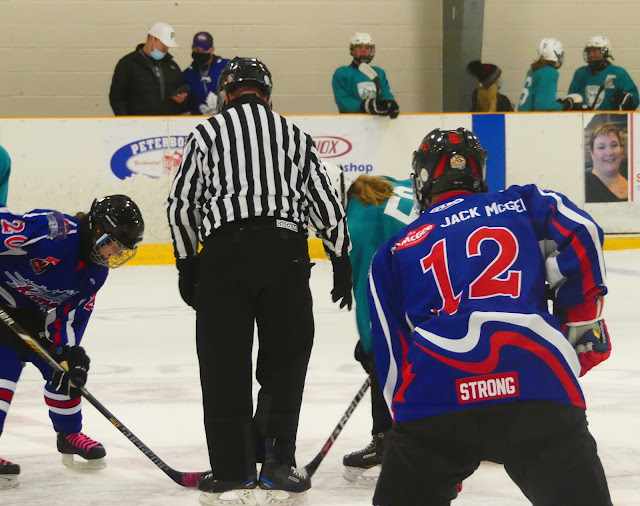 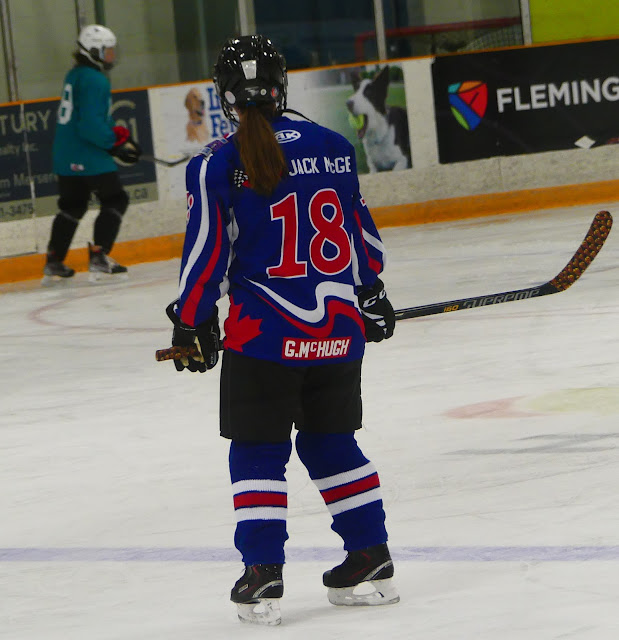 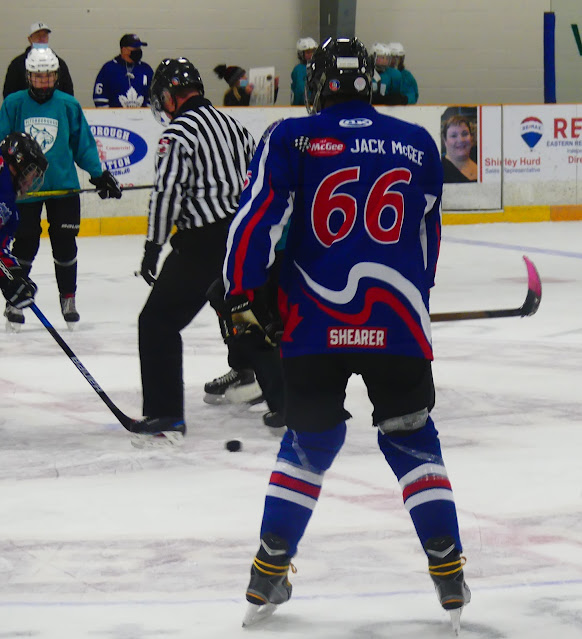 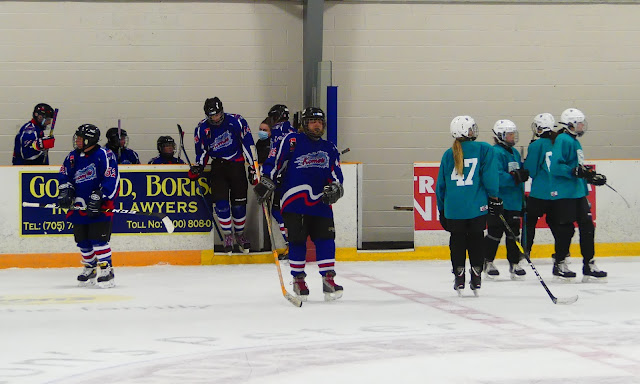 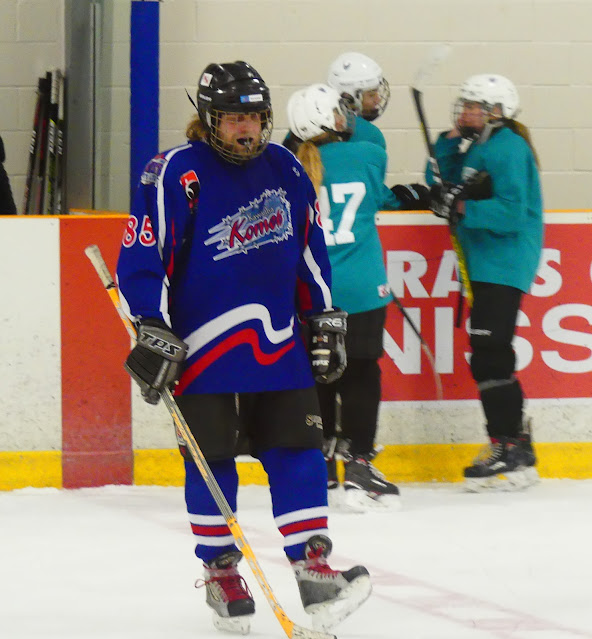 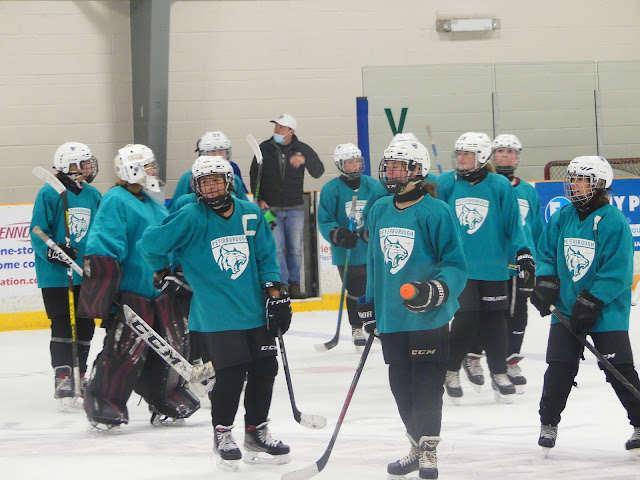 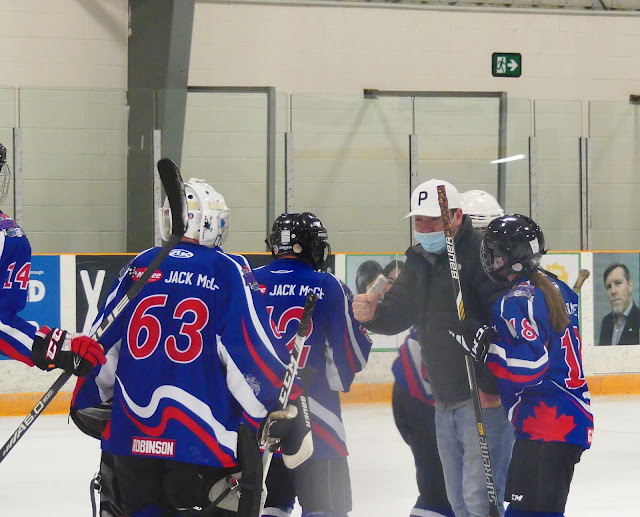 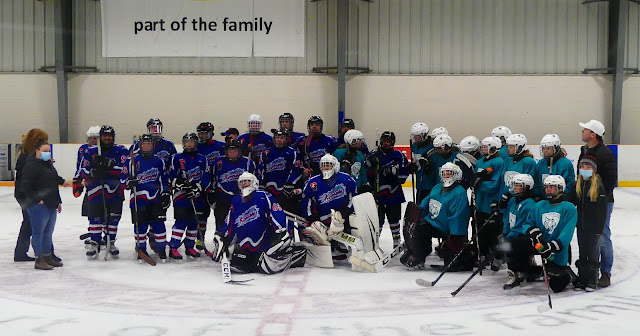 Posted by Kawartha Komets at 11:12 AM