Recently the Kawartha Komets Special Needs Hockey Program made a sizeable donation of good, used hockey equipment to the First Nations Hockey Equipment Drive. Over the 12 years since the Komets were launched we have received many donations of equipment and our board agreed that to save storage costs we should donate these surplus items. Two van loads of skates and equipment were dropped off last Saturday and these items will be distributed to those who might not be able to afford new equipment.

The Peterborough Examiner published the following report:
"The Peterborough Petes spent Saturday helping organize donations of hockey equipment for First Nations communities, part of the 'Their Opportunity' program.
The team helped out the call for donations, and it was answered. More than 700 bags of gear were collected at Total Construction Management on Lansdowne Street East.
Since its inception in 2015, the First Nations Hockey Equipment Drive (FNHED) has collected, organized, sanitized, and donated thousands of equipment sets. The organization also accepts cash donations through 'Their Opportunity'. Tax receipts will be issued, and all funds will be used to buy new hockey helmets and support equipment transportation costs. 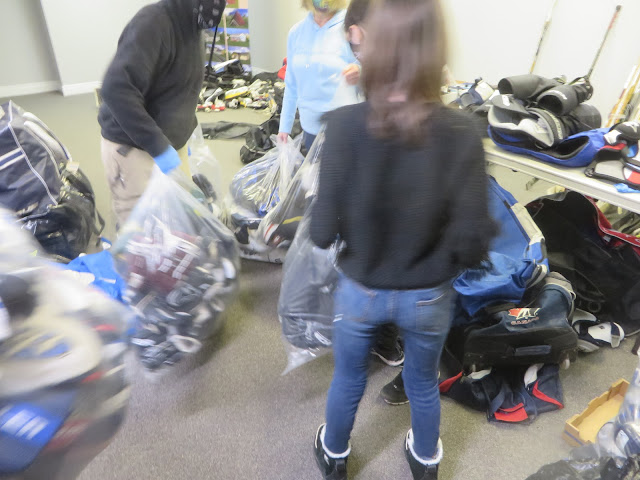 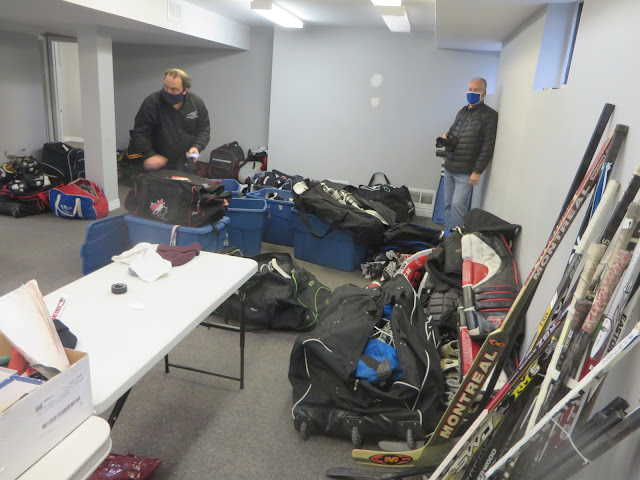 Posted by Kawartha Komets at 8:15 PM