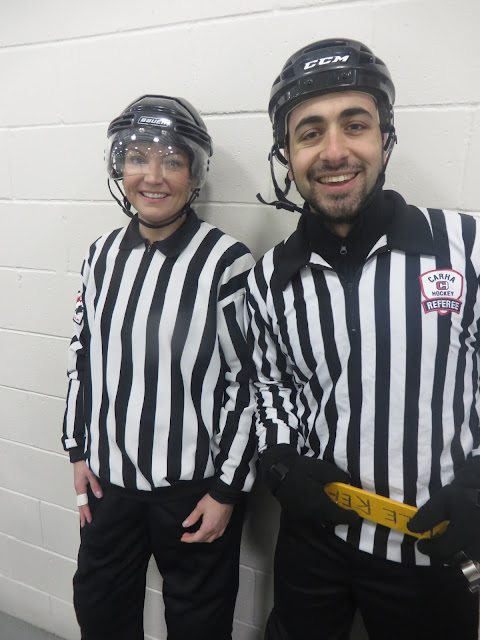 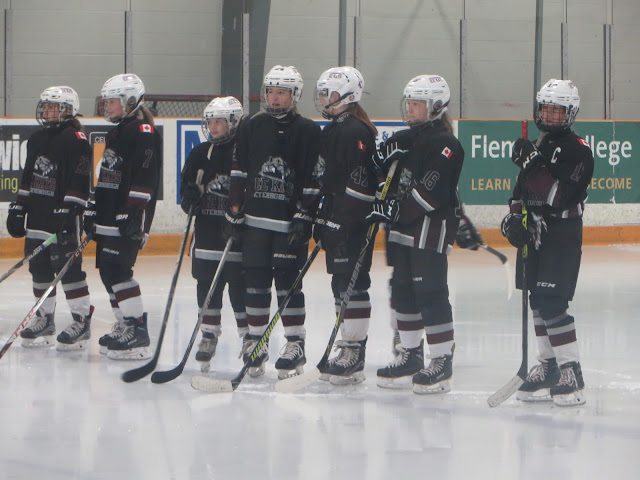 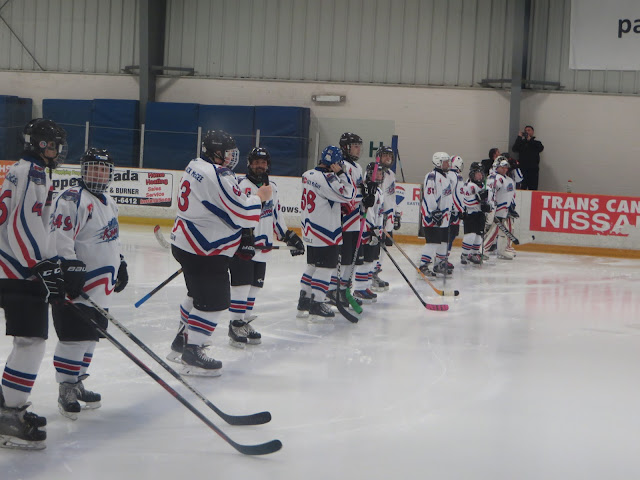 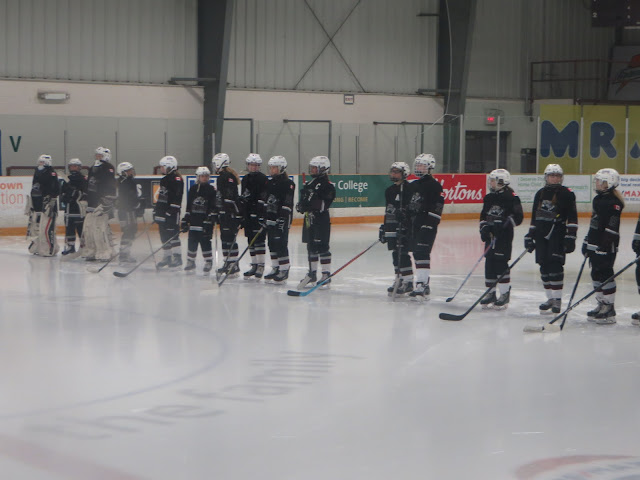 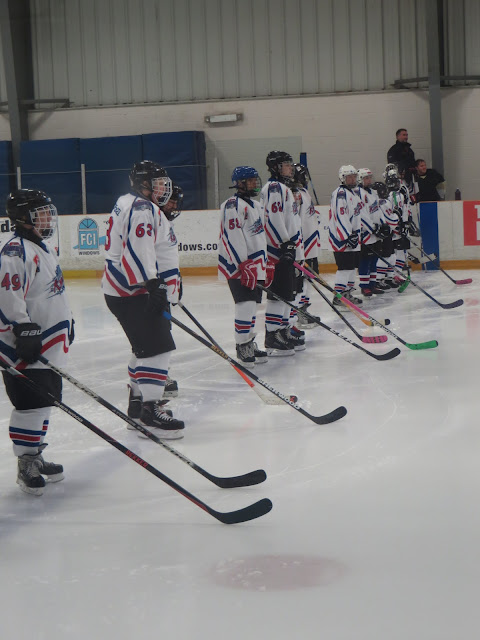 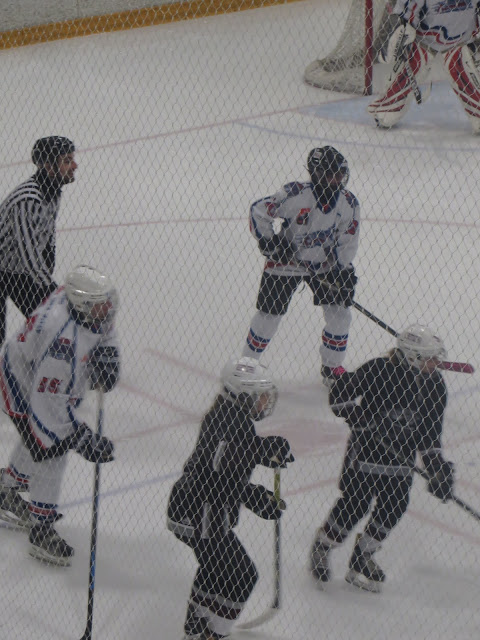 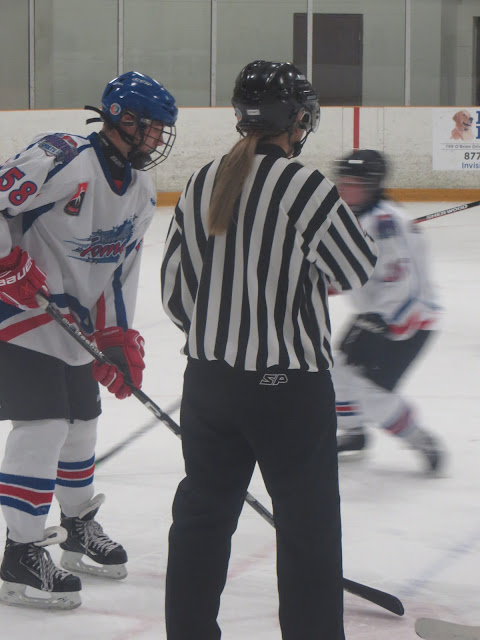 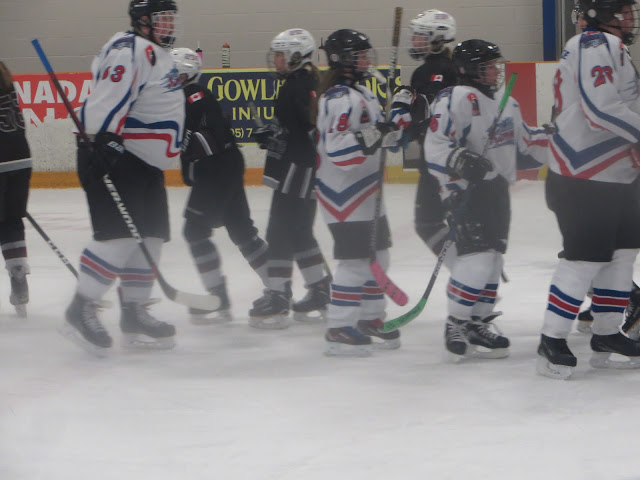 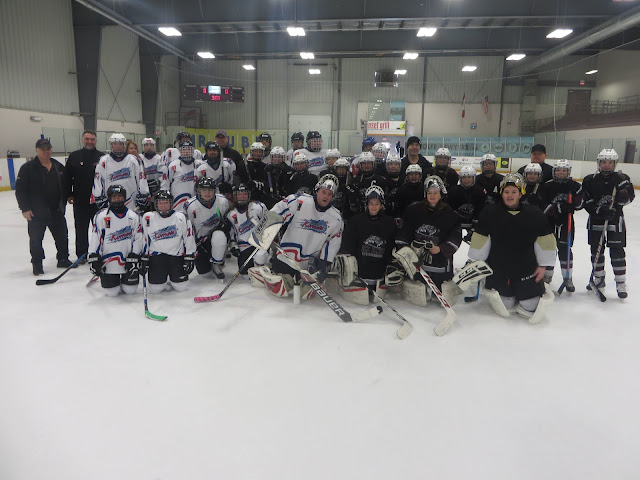 Wow! What a great day at the Evinrude Centre for the Kawartha Komets Special Needs Hockey Program. The Saturns (Juniors) Galaxy (Intermediate 1) and Meteors (Intermediate 2) teams had their practice and then the Phoenix (Senior) team, with a few call-ups from the Intermediates, played the Peterborough Ice Kats Peewee AA team (a girls team).
It was a "friendly" game that had been arranged with the Ice Kats coach Chris Moher and our founder, Carol Fisher. Prior to facing off, both teams lined up at their respective bluelines for the playing of O Canada! Then the game was on! Referees Leigh Higley and Matt D'Agostini did an amazing job.


Music was played over the PA system during the line changes. The score didn't matter in a game like this. All I will say is that the Ice Kats put on amazing demonstration of skating and hockey skills. I'm sure that some of our players were a little surprised by the girls' expertise. Several Ice Kats parents, who hadn’t seen our Komets play before, commented on the hockey skills of our players and asked lots of questions about our program.
Thank you to our staff, players and families, the referees, Chris Moher and his staff and players for an exciting game. We're hoping to schedule another game with the Ice Kats before hanging up our skates for the season.
A great day at the rink for everyone involved. The fans enjoyed the game and told us afterwards. The Komets and the Ice Kats were BLAZING today!
Posted by Kawartha Komets at 8:28 PM