The Kawartha Komets Special Needs Hockey Program was thrilled and excited to be part of Mary LaRocque and Marlin Travel's 14th Anniversary Celebration and Customer Appreciation Day on Thursday, August 23rd.
We will be receiving some of the proceeds from the sale of the BBQ that was put on by Primal Cuts, proceeds from some of the pizzas that were sold by Domino's, some proceeds from the sale of Peterborough Petes t-shirts, some proceeds from the sale of apparel from Marlin Travel's boutique plus proceeds from a few other merchants.
Everyone from the Komets who attended had a great time.
The money we receive from fundraisers like these goes toward the cost of hotel rooms and other tournament expenses plus other items that the Komets provide without cost to our players and families throughout the season. Thank you to all the merchants in the Heritage Plaza that participated in this event. We appreciate everything you did! 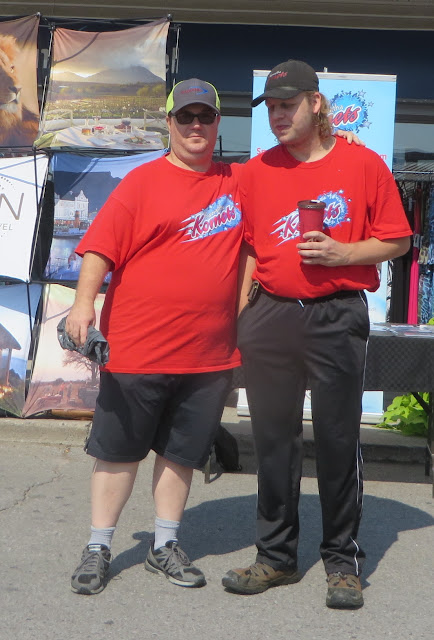 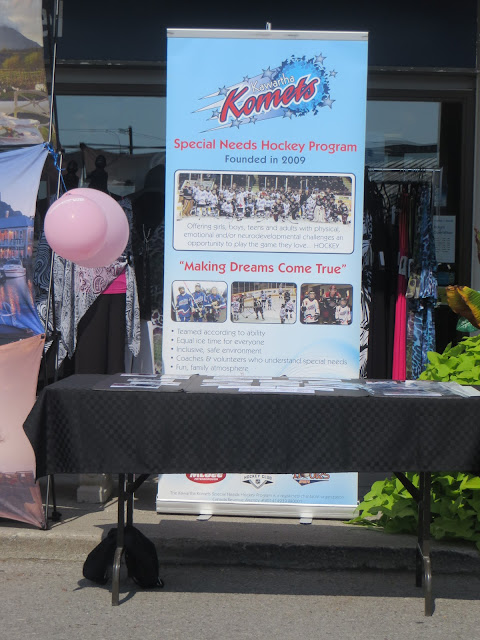 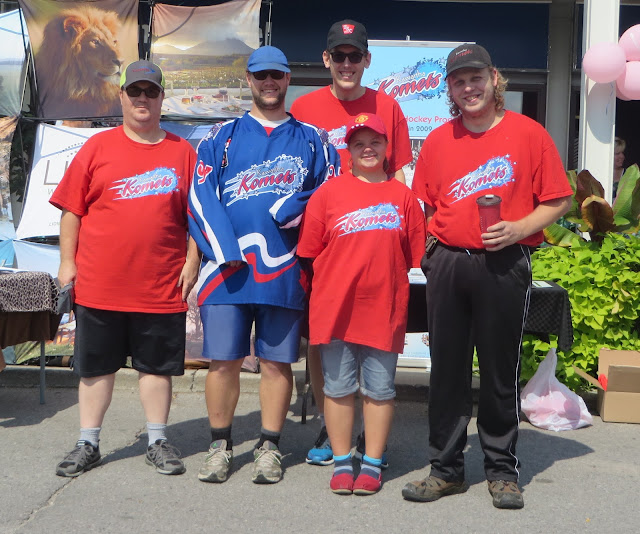 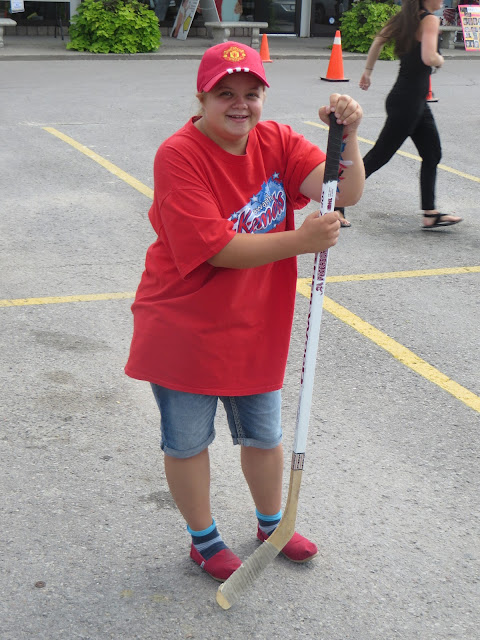 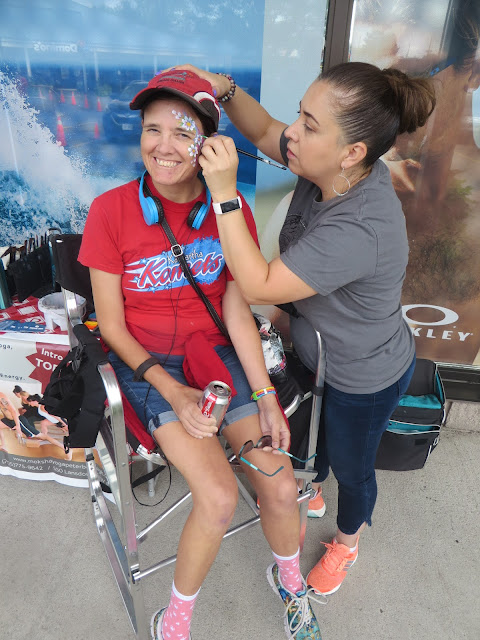 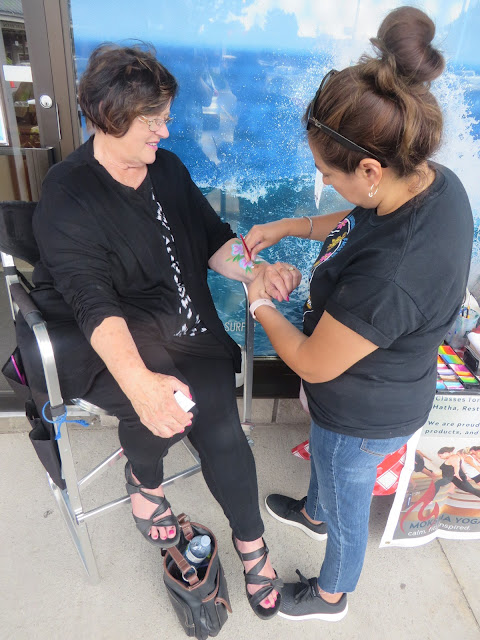 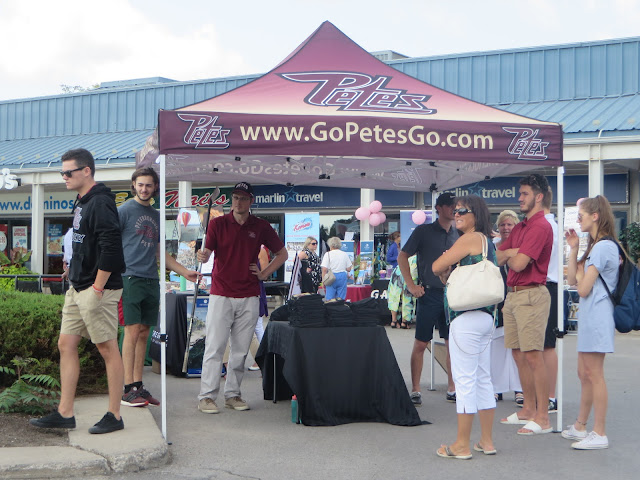 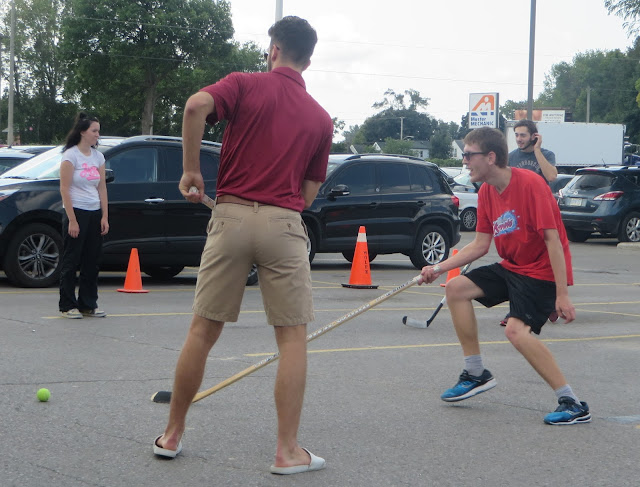 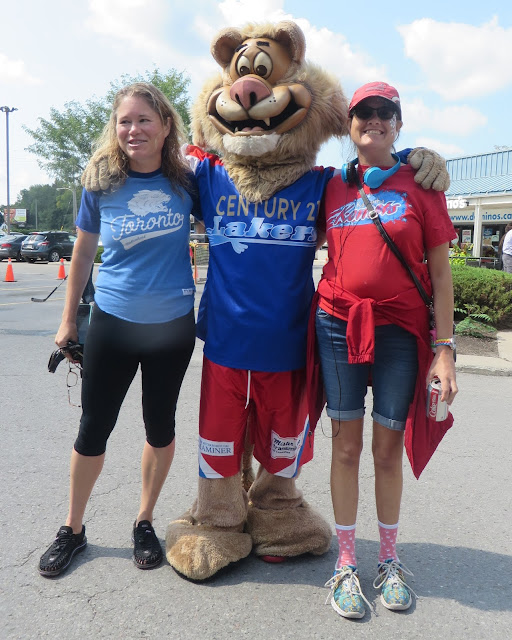 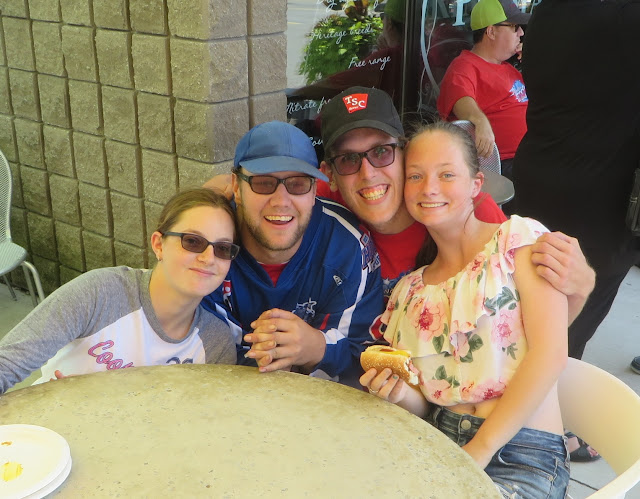 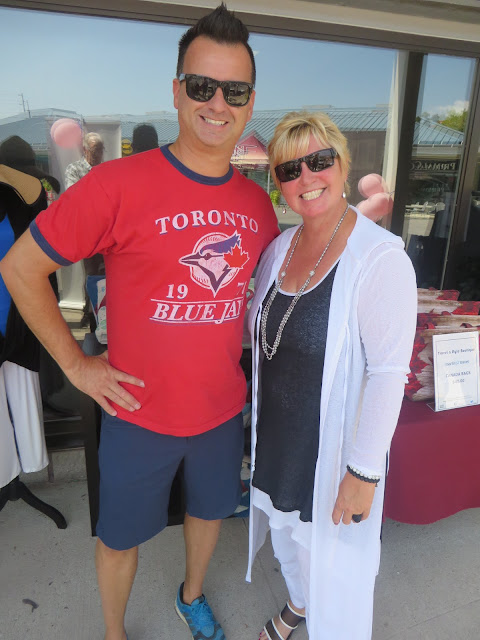 Our sincere thanks to the Komets board members, families, players and volunteers who attended. Most of all, THANK YOU to Mary LaRocque and Marlin Travel for your ongoing support and sponsorship of the Kawartha Komets.
Posted by Kawartha Komets at 8:47 PM