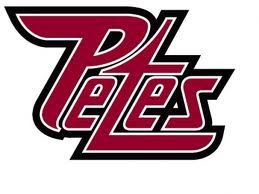 Following a random draw, the Peterborough Petes have named the winners of the 60th anniversary rinkboard draw contest. The Kawartha Komets Special Needs Hockey Program have won a Peterborough Memorial Centre rinkboard, while Morellos’ Independent Grocer have won a game night sponsorship at a Petes game during the 2015/16 season.

Local businesses, charitable organizations, and groups were given the opportunity to enter the limited-entrant draw by purchasing a discounted commemorative ticket package for the Petes game on Wednesday, November 18, 2015. Several organizations participated, and despite not all winning the grand prizes, each group has given their members, customers, and clients the opportunity to enjoy affordable Petes hockey this season.

The contest was initiated to provide local groups a chance to win unique advertising opportunities. The rinkboard, valued at over $4,000 per year, will give the Komets visibility to over 400,000 Peterborough Memorial Centre attendees from September 2015 to August 2016.

“The Kawartha Komets were thrilled when we heard that we had won the rinkboard advertising contest,” noted Kawartha Komets founder Carol Fisher. “Our partnership with the Peterborough Petes has been vital to the growth of our program that brought Special Needs Hockey to Peterborough and the surrounding area. As we begin our 7th season we look forward to working together with the Petes and helping to celebrate their 60th Anniversary.”

Fans can look forward to the Morello’s Independent Grocer game night this season, which will include special events, contests, and more featuring Morello’s and the positive impact they have on our community.

Morello’s owner Dave Morello added that “As business owners who believe in community, [my wife] Kim and I are truly honored to be involved with the Peterborough Petes, and are looking forward to the upcoming winning season.”

For fans looking to catch all of the excitement of the Petes’ historic 60th season, season tickets and flex packages are still available, and single game tickets are set to go on sale on September 1.

The Peterborough Petes are the oldest continuously operating team in the Ontario Hockey League, having won nine OHL championships and one Memorial Cup championship over 59 years. The Petes have graduated over 180 players to the National Hockey League. For more information, visit www.gopetesgo.com, and follow the Petes on Facebook, Twitter, and Instagram.

Posted by Kawartha Komets at 10:36 PM