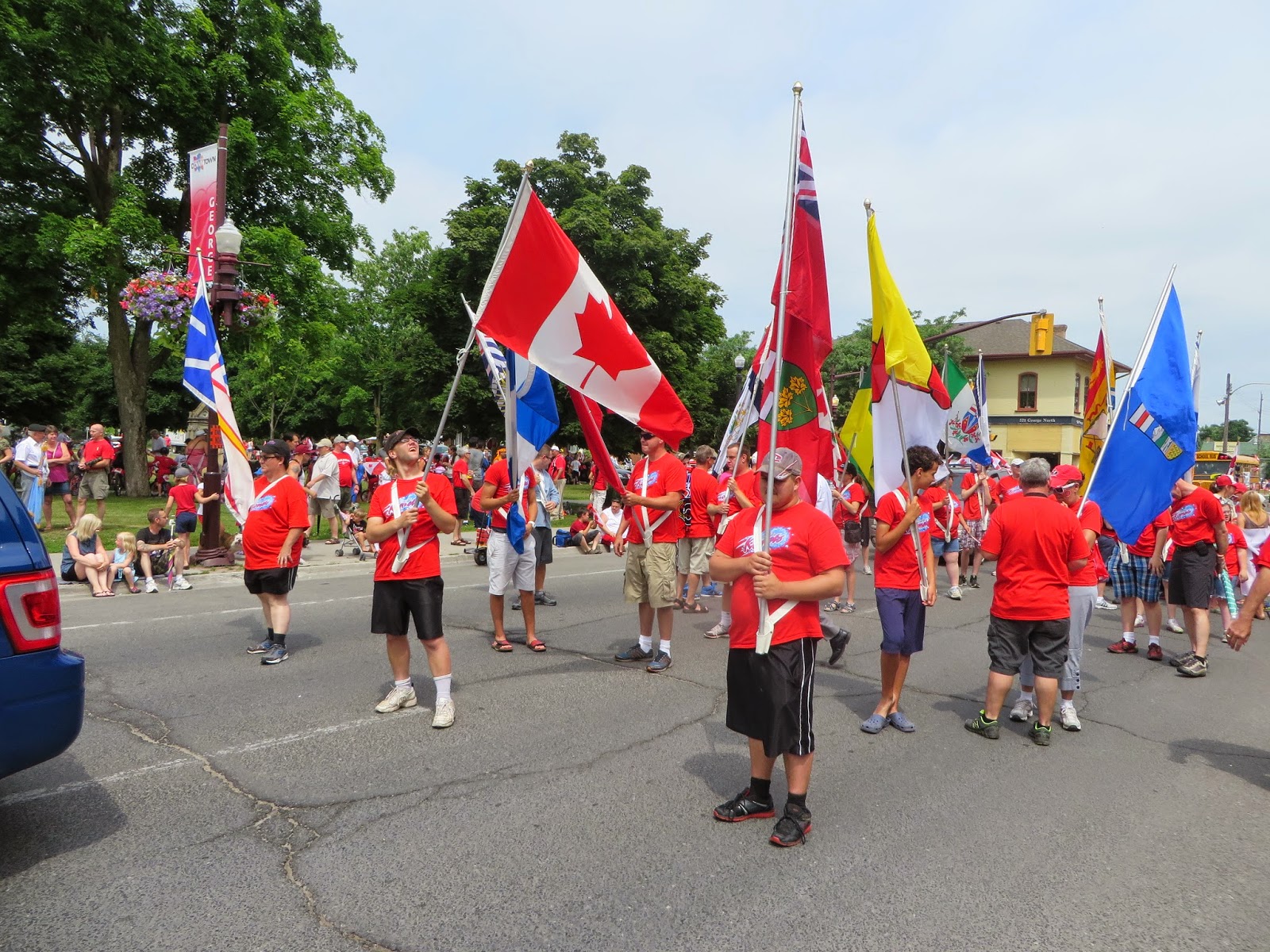 What an honour was bestowed on the Jack McGee Kawartha Komets Special Needs Hockey Program again today. We were asked by the City of Peterborough again this year to be the Official Flag Bearers in the Peterborough Canada Day Parade.

Many thanks to our players, families, volunteers and board members who did a great job carrying the flags and the Kawartha Komets banner. Thanks to Councillor Lesley Parnell, one of our biggest supporters, for walking with the Komets and handing out 2,000 freezies to the spectators along the parade route.

Sincere thanks to Matt D'Agostini and the Peterborough Petes for partnering with us again. It was much appreciated!

Thanks to Tim Clark and Judi Delaney-Clark, parents of one of our Intermediate players, John Clark (a 4-year veteran) for opening up your home for a wonderful picnic and pool party.

Thanks to Bruce Saltern's parents, Sharon Legon and Jim for your participation in the parade by providing your vintage Chrysler Imperial Convertible again and to your passenger, Dean Del Mastro, for your encouragement and support of our program.

Thanks to Brianna Ball and her friend Melissa for helping Lesley Parnell hand out the freezies.  Quinten Over, Lincoln Harris, Dylan Armstrong and Logan DeNoble (Peterborough Petes) did an excellent job carrying the big Canadiann flag at the end of the parade.  Thanks to Tamara Brown and Shane Marshall for carrying the sign which explained the big Canadian flag.  Thanks to Kailey and Dee Polson, Jim Glynn and Bob Prole for handing out the mints which were donated compliments of AFP Towing.

All in all it was a great day. The thunderstorms by-passed us and the rain only lasted for a few moments. What a great day to celebrate Canada's 147th birthday and 5 very successful seasons for the Kawartha Komets.