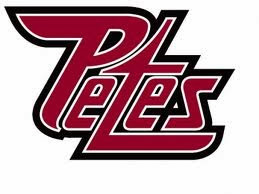 The Jack McGee Kawartha Komets exceeded their goal of $10,000 in their recent MISSION to MICHIGAN game with the Peterborough Petes on December 8th.

The funds were raised by our players seeking donations from family and friends, canvassing at local business establishments and by the Peterborough Paramedics passing buckets amongst the crowd at the Komets’ game with the Petes.

The first $1,000 raised was presented to Team 55 Let’s Tackle Suicide Awareness to support their much-needed programs.

It is estimated that it will cost approximately $30,000 to cover the expenses to send the teams to the tournament.


Other fundraising events are planned for the new year and donations are being sought from local businesses.

The Jack McGee Kawartha Komet Special Needs Hockey Program is in its 5th season of play with 4 teams and 60 players.

Co-founders Carol and David Fisher, the Board of Directors, coaches, volunteers and players thank all those who made this fundraising game a huge success.  Special thanks to the Peterborough Petes organization for making this game an experience that our players will never forget.

For more information on the Jack McGee Kawartha Komets please call Carol Fisher at (705) 750-0655 or e-mail the Komets at dwfisher@nexicom.net

Posted by Kawartha Komets at 9:05 PM