Kawartha Komets Night with the Petes 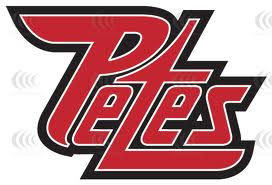 This Wednesday, March 16th at 7:00 p.m. there will be three great teams playing the exciting game of hockey at the Peterborough Memorial Centre.  The Peterborough Petes take on the Niagara Ice Dogs in the Petes' final home game of the regular season.
It's Kawartha Komets Night and the Komets will take to the ice between the 1st and 2nd periods to showcase their skills.  Prior to the game members of the Komets will be greeting fans at the arena entrances and handing out FREE Komets fridge magnets.
Tickets for the game can be purchased at the reduced rate of $12.00 per person if you mention the code word "KOMETS".  $2.00 from the sale of these tickets will go directly to the Kawartha Komets to help BUS THE BOYS TO BOSTON.  Be sure to mention the word "KOMETS" when picking up your tickets at the Box Office.  This will be the Komets' final fund raiser before we head to Boston for our tournament on April 27th.
Come out and enjoy a great evening of entertainment during the kid's March Break and support the Petes and the Komets at the same time.


See you Wednesday at the Memorial Centre.
Go Petes Go!
Posted by Kawartha Komets at 5:19 PM